Order today
for delivery the day after tomorrow

Everything about the Apple iPhone 11 Pro 512GB Silver

In September 2019, it was time for Apple to present their new line of phones, including the iPhone 512GB Silver. Compared to its predecessor, the iPhone XS, the iPhone 11 Pro has been improved in various areas. For example, it is fitted with the Apple A13 chip, which makes the phone faster and more powerful.

Photos are even more beautiful with this device, as it comes with an added lens. The iPhone 11 Pro has a storage capacity of 512GB, and the casing is made of glass and metal. On the front, the phone features a notch with the front camera.

Like its predecessor, the iPhone 11 Pro features a 5.8-inch screen and OLED technology. The display also has a high resolution. This gives the picture a high contrast, vivid colours, and lots of detail. Prefect for Netflix or watching YouTube videos!

At the top of the screen, you'll find a notch. This contains the selfie camera as well as sensors for Face ID that can be used to unlock the device. You can use this instead of a fingerprint scanner, which is missing from this iPhone.

Three cameras are fitted on the back of this smartphone. That's not new in the smartphone world, but this is the first iPhone to feature three. This extra lens makes it possible to take even more beautiful photos.

Besides the 'regular' 12-megapixel lens, this iPhone also has a wide-angle lens and a telelens. Wider photos can be taken with the wide-angle lens, so you can capture more in a single image. The telelens allows you to zoom without loss of detail and to take photos with the bokeh effect: the background blurs away while the subject remains in focus.

Apple has equipped this iPhone with a faster version of Face ID. You'll unlock your phone with one of the most secure face unlock systems in the mobile world! This function can also be used to quickly and securely authorise online payments, for example.

Do you always store lots of files on your iPhone? Do you want to watch lots of Netflix seasons offline? This phone, with half a TB of storage space, has got you covered. You'll have to try hard to fill up the storage memory in this silver smartphone!

The silver iPhone 11 Pro is a real eye-catcher. The casing is made of glass and metal, which looks premium. The glass back makes it possible to charge the device wirelessly. To do that, you'll need a separately sold wireless charger.

The smartphone can run heavy apps or games without a hitch. It uses the A13 chip, a processor that was developed by Apple themselves. This means the cooperation between the hardware and software is optimal. The chip is also energy efficient, so the battery of your device won't drain too quickly.

Out of the box, the iPhone 11 Pro runs on iOS 13. iOS is very user friendly, and this version comes with some improvements to make your experience even better. For example, it now features a dark mode, which saves energy. It's also great during the evening, as it places less stress on your eyes.

The user manual is not included but can be downloaded or viewed here: Online user manual.

The Apple iPhone 11 Pro 512GB Silver does not come with a charger. Check whether you have a compatible charger at home. Or order a charger.

With normal use, we guarantee that your phone will work properly throughout the full warranty period. If something goes wrong, Gomibo.pl and Apple will make sure to help you out!

How do repairs at Apple work?

Show all accessories for the Apple iPhone 11 Pro 512GB Silver

Accessories that go with the Apple iPhone 11 Pro 512GB Silver Show all accessories for the Apple iPhone 11 Pro 512GB Silver 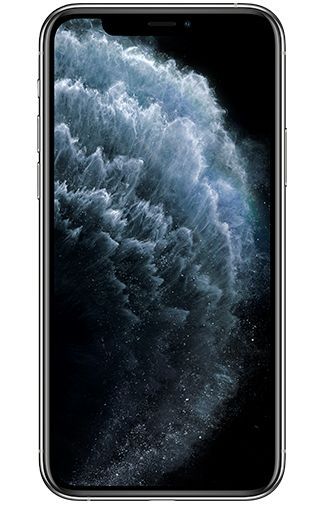