All our tablets are SIM-lock free and compatible with all providers.

Order before 19:00
for delivery on Monday

Everything about the Apple iPad Pro 2018 11 WiFi 1TB Silver

Are you looking for the ultimate powerhouse with a sleek and functional look, and is also very portable? Then the iPad Pro 2018 WiFi with an 11-inch screen may well be the device you're looking for! The device runs on iOS and lets you work with millions of apps, but playing a heavy game or watching a movie is no problem either.

The device is fitted with four speakers and a USB-C port, contains a high-resolution screen, and features the Apple A12X processor, which stands for pure computing power! In addition, you can choose between 64GB, 256GB, 512GB or even 1TB of storage space, and you can choose between silver or black, also known as Space Grey.

The Apple iPad Pro 2018 11 features a proprietary processor, and this A12X offers superior performance in every area. The heaviest apps like Photoshop are easy to use, and the chipset performs well with the battery too. In all, this iPad often performs much better than the average computer, even though it's a tablet!

A physical fingerprint scanner is no longer included in this iPad Pro 2018, so you'll be using FaceID. This highly secure form of biometric security works via the front camera and various sensors, including infrared. That means it works perfectly, even in the dark.

Apple chose to fit this tablet with a beautiful 11-inch screen with a resolution of 2388x1668 pixels. The corners are a bit rounded and, because of the high pixel density, you can't distinguish any single pixel. The famous True Tone functionality can also be found in this iPad, and you'll enjoy everything you do with it!

This includes making large drawings in Photoshop or Autocad, for example, but viewing websites, films, pictures, or reading documents is also great. The tablet comes with ProMotion technology as well, which ensures a high refresh rate of 120Hz that makes everything look even smoother.

Thanks to the good video chip, powerful processor, and high screen resolution, this tablet is perfect for using Augmented reality, where only half of you is in the real world. Thanks to the good graphics, playing heavy 3D games is no problem at all for this powerhouse!

With the introduction of this iPad Pro 2018 11 WiFi, an updated Apple Pencil, a highly functional stylus, has also been presented. This pen automatically charges wirelessly when you magnetically click it onto the tablet. You can also tap the pen twice to use a set function.

This iPad Pro 2018 is the company's first tablet to feature the USB-C port instead of a Lightning variant. This means that you can easily hang the iPad on an external display, charge your phone with it or, for example, read out your camera's pictures directly.

Cameras for each shot

A single 12-megapixel camera can be found on the back, so you can still capture everything in stunning pictures. Features like HDR, 4K video, and augmented reality work perfectly! There's also one camera on the front, perfect for selfies or FaceTime!

Battery to last the whole day

Apple's software and hardware are so well coordinated that you can easily get through the day with just one full charge. You can surf the web or watch videos for ten hours without a break. Plus, the tablet can be charged anywhere, thanks to its future-proof USB-C port.

This iPad Pro 2018 11 WiFi runs on iOS, Apple's well-known software, so you can do whatever you want. Since there's no physical home button, the entire interface works via movements and gestures, which may take some getting used to. After a while, you won't want anything else!

The user manual is not included but can be downloaded or viewed here: Online user manual. 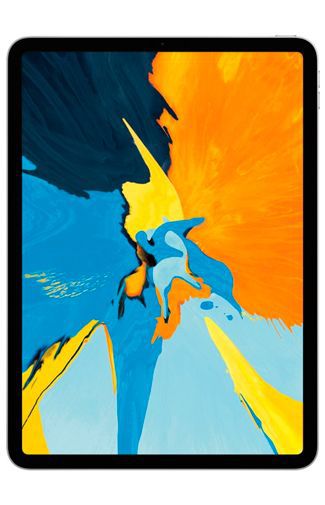